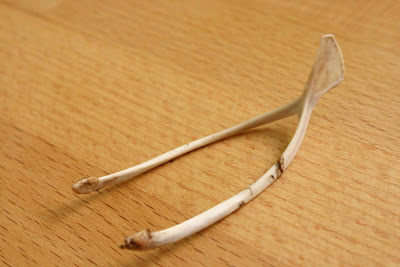 Time warp. That is what happens when you miss spring entirely and suddenly it's summer.  It's been just over two months since my dad passed away and I feel like I am finally hitting the brakes and taking a deep breath. There is a lot to take in if you have been going for six years without ever slowing down.

After my dad was diagnosed with brain cancer last September, my life took an entirely different path. I was careening full speed ahead with projects. I had just wrapped up publishing the fourth EAT & DRINK in the Northwest recipe book and transitioning out of my position at the Herbfarm, where I was as an apprentice in the culinary gardens, to focus full time at Foodista as an Editor and Community Developer.

On learning the news of my father, Mark and I were on month six of the seven months that we lived with my brother while our new house was being remodeled. We lived out of a small bedroom that we nicknamed, "the dorm room."  We expected our stay to be a temporary situation of course, so sleeping on a single mattress on the floor was only suppose to be a month- long slumber party.

I absolutely adore my brother, and he is a saint for taking us in. I miss hanging out with him at his bachelor pad, drinking wine over philosophical conversations or laughing while watching late night crappy reality T.V. I miss cooking for him. I think I put more miles on his kitchen stove in those few months, then it may ever see in its lifetime.
While my parents sought treatment for my father, I fully believed he would survive it. We all did. Here is a man that worked out every single day of his life and followed a regimented vitamin supplement routine. In saying that, I continued ahead full speed on work, convinced that everything would be fine.

Four months into my father's own treatment, my mother was diagnosed with cervical cancer. She kept it a secret from most of our extended family for almost two months. She continued to be a full time caretaker for my father, and denied seeking serious treatment for herself. The months that followed were living hell.

(I won't go into details here, but I do want to say that my mother is almost done with her cancer treatment and is improving every day. Her pain is gone and she's even putting on weight!)

*    *   *  *  *
Previous to September, and especially before hearing about my mom, I believed  I had everything going for me. I was so excited and inspired to write creative recipes and learn how to garden. I had just bought my first house with my husband and then I found Foodista! It was an unreal dream come true.

But then, all the pieces I had worked so hard to connect began to unravel. I lost the ability to focus. If I wasn't at work, I was taking care of my parents; cooking, cleaning, grocery shopping and being a nurse for them. I barely saw Mark, I never took a break and suddenly I was overwhelmed, consumed and in complete denial that I needed  help. There were four of us kids, all taking turns to be of help and none of us asked for help. I felt that if I stopped to take a break, I was a failure. Looking back now, I should have taken time off a long time ago. But like my boss said, "It's hard to see it, when you are in it."

Now I'm currently on week five of a six week break from work. I was trying to calculate when the last time I had taken an extended break. I took a week off for my dad's funeral.  But before then, the last time I took any length of time off was on my honeymoon, almost six years ago. A delicious two weeks. Prior to that I was in culinary school, cooking in restaurants and bartending, starting my own catering company, writing the E&D books, working as a full-time copywriter & gardening up to four days a week.

My main goal now is to reconnect with myself. Doesn't that just sound cheesy? Like something I would repeat out loud in a support group setting. Honestly though, I am taking a step back and looking intensely at what drives me and inspires the hell out of me.

My good friend Kelly told me that when her husband, Dave, another good friend of mine gets stressed, he makes stock. I think this is an extremely good idea. In fact, as I am typing this, my entire house smells like a catering kitchen I used to work at. I have a large pot of pheasant stock on the stove simmering away. I have finally made stock out of two pheasant carcasses that have been in my freezer for months. I've only stopped typing now and then to skim the surface of impurities or adjust the heat.


I had a chef tell me once, the way to manage your time in the kitchen is to have something in the oven, on the stove and on your cutting board at all times. As a person who is now trying to find that focus, balance and motivation to move on, I can think of nothing more satisfying than writing a long-over due blog post, while stock gently bubbles away.

Add the pheasant carcasses in a large pot and cover with cold water, at least two extra inches above. Add chopped onion, celery and carrots to the pot. It's important to try and keep vegetables all chopped about the same size. This is important for breaking down equal distribution of flavor. When some of the vegetables are cut bigger than others, the cooking time will vary, giving off a disproportion of flavors. Add peppercorns and choice of herbs. I added 1 half sprig rosemary, 1 sprig of oregano and some fresh thyme. Bring to a slow simmer and cook for 2-4 hours. Skim the surface every so often and discard the fatty oils and brownish/ gray scum at the top. Strain into a large heat-proof container to cool. Chill or freeze until you need it!

wow melissa, thank you for sharing! I am so sad to hear your news. I didn't know until now you had lost your Dad. What an incredibly strong woman you are! I hope we can visit again soon. Take care!

Thank you, yes it's been an unreal year. Where are you living now? Mark and I would love to get together soon :)

What terrible news for you & for your mom,..losing your dad so sudden,..that isn't easy at all,....I am glad to know that your mom is doing better every day,...

My mom also had cancer, ovarian. she has had treatment & is now living cancer free for more then 5 years! I will be thinking of your mother!!

Enjoy life to the fullest!!

Thanks for sharing Melissa. :)